Many employer have safety rules they require employers to follow.  Sometimes, the employer has a manual that spells out the rules.  Other times, your employer just gives you instructions in writing.

If you suffer an injury at work, your employer may try to claim that violating a safety rule caused your injury.  Can you still get Georgia workers compensation benefits in this situation? A 2017 decision of the Georgia Supreme Court provides some guidance as to what would probably happen. What happened in the Supreme Court decision?

To understand the Supreme Court decision, it helps to understand how a workers’ compensation appeal works:

The Georgia Supreme Court determined that the Court of Appeals applied the wrong law.  The Court of Appeals had concluded that misconduct had to be almost criminal in order to prevent a worker from receiving workers compensation benefits.

The Supreme Court said that intentional and deliberate acts done knowing that they are likely to results in serious injury or with a reckless disregard of the consequences could prevent an injured worker from receiving benefits.  So, what does that mean?

The disagreement in Mr. Burdette’s case was about how he descended from the tower.  He tried to execute a controlled descent.  His employer said that violated the rules in that situation.  Mr. Burdette fell and suffered severe injuries.

The Supreme Court did not decide whether Mr. Burdette will receive workers compensation benefits.  Instead, the court decided that a workers compensation judge needs to review the facts again.  After reviewing the facts, the judge should apply the proper legal standard and make a decision.

How does the Supreme Court decision affect your workers compensation case?

If I violate a safety rule, do I automatically lose my case?

No.  You do not automatically lose your case.

The Supreme Court said that two situations bar you from receiving workers compensation benefits when you suffer an injury because of a safety rule violation.

So, what does that mean? Your violation of the safety rule has to be more than what the law calls “mere negligence”.  That means if you simply made a mistake or forgot the rule then you should still qualify for workers compensation benefits. The facts of your particular case will likely matter a lot:

Other specific facts will matter as well.  Many times, you may not have a definite answer about whether you will win your case or not.

What should I do if the insurance company denies my workers compensation benefits?

The workers compensation insurance company may controvert your claim if you violated a safety rule.  You need to know that there are things you can do.

Also, remember that contacting an attorney does not mean that you have to hire them.  You need to find out what your options are.

Can I Sue the Workers Compensation Insurance Company? 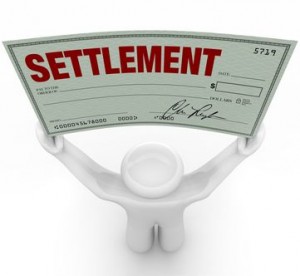 Two Things To Do Before You Settle 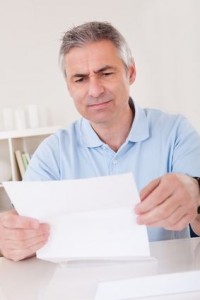 What is an Explanation of Benefits (EOB)?