What If I Make a Mistake and Get Hurt?

Many people have good questions about injuries that happen at work.  We try to answer a lot of these questions in our PerkinsLawTalk blog.  Some examples of questions that we often get asked include:

The answer is “Yes”.  You can usually receive benefits when an injury is your fault.  A typical situation is someone who is driving a car for their job.  Suppose this person rear ends another vehicle and is injured.  This person can receive workers’ compensation benefits for the on the job injury even though the car wreck was their fault.

Why should someone receive workers’ compensation benefits even if it is their fault they got hurt?

Workers’ compensation is about providing medical treatment and paying limited wage loss benefits when accidents occur. Everyone makes mistakes. Sometimes those mistakes lead to injuries. Workers’ compensation pays for those injuries when they occur because of your job.

Personal injury is much different.  In a personal injury case, you almost always have to prove that someone else was at fault in order to recover any damages.

Does it ever matter that I was at fault when I got hurt?

If you are injured at work, sometimes it does matter that you were at fault. However, it is not enough that you just made a mistake.  In order for your actions to prevent you from receiving workers’ compensation benefits, they have to rise to the level of willful misconduct.

We have talked about willful misconduct in previous blog articles, but we wanted to talk about it again because the Georgia Court of Appeals and Georgia Supreme Court have addressed this issue.

In October 2015, the Georgia Court of Appeals decided the case of Burdette v. Chandler Telecom.  Adrian Burdette was severely injured when he fell off a cell phone tower.  His employer claimed that he disobeyed instructions from his supervisor about how to climb down the cell phone tower.

His employer denied his workers’ compensation claim by asserting that he was injured as a result of his willful misconduct.  The State Board of Workers’ Compensation agreed with his employer and denied his claim.

Should workers compensation cover injuries like the one Mr. Burdette suffered?

Sometimes people make mistakes and get hurt doing their jobs.  These mistakes should not prevent them from receiving the medical treatment and wage loss benefits they need while they recover from their injuries.

Willful misconduct covers situations where people intentionally do something stupid knowing that they are probably going to get hurt.  Those type of actions prevent someone from receiving benefits, but true willful misconduct is rare.

Most of the time, someone is injured as a result of carelessness or a mistake.  In those situations, I believe the injured worker should receive benefits. 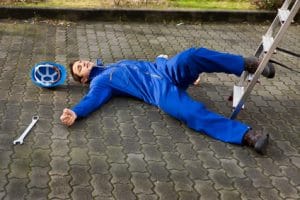 Getting Medical Treatment for Workers Compensation Back Injuries 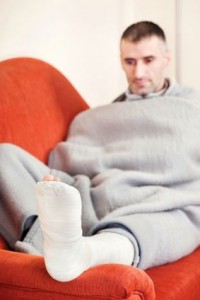