The Georgia Workers’ Compensation Act generally requires employers to pay benefits to employees who are injured while doing their jobs.  Sometimes an employer or insurance company will claim that they should not have to pay benefits because they have an “affirmative defense”.

One of the primary affirmative defenses used by insurance companies is the “willful misconduct”defense.  This defense is defined in O.C.G.A. §34-9-17.

Willful misconduct is divided into two types.  The first type is covered in subsection (a).  This subsection provides that an employer can avoid paying benefits when it can demonstrate that your injury was any of the following:

The second type of willful misconduct is covered by O.C.G.A. §34-9-17(b).  It has to do with injuries caused by drugs or alcohol. If your employer is successful in proving a willful misconduct defense, your claim will be denied completely.  This means you will receive no benefits.

You usually find out that your employer is asserting a willful misconduct defense when you receive a Form WC-1 or Form WC-3 in the mail.  These forms often notify you that your claim is being controverted (denied).

When you receive this form, it is important to know that this is not a decision by a judge.  It is just a notification that your employer is currently denying your claim because they are asserting a defense.  You may need to request a hearing and go to court to prove your case.

What Does My Employer Have To Prove

It is often difficult for an employer to prove willful misconduct since your employer must show more than just carelessness (negligence) or even extreme carelessness (gross negligence).  What this generally means is that you are still covered under workers’ compensation even if you were not being as careful as you should have been, as long as the employer cannot prove that your actions rise to the level of willful misconduct.

However, it is important to understand that you may have to fight to get the benefits to which you are entitled.  The law allows the insurance company to claim that your injury was caused by willful misconduct and file a Form WC-3 denying your claim.

Self-inflicted injuries are injuries which the injured worker intended to cause to himself or herself.  These injuries are rare in Georgia workers’ compensation claims.

It is important to understand that it is the employer’s responsibility to prove that the injury was intentionally self-inflicted in order to succeed with this defense.  If the employer does not prove this, then their defense should fail.

Injuries Attempting To Injure Someone Else

An employer can also avoid responsibility for payment of workers’ compensation benefits if it can prove that the injury arose from an attempt to injure someone else.  This defense often comes up when a fight starts at work.  Generally, the aggressor in the fight may be prohibited from drawing workers’ compensation benefits for an injury suffered in such an altercation.

If the injured worker was not the person that started the fight, then he or she will generally be eligible to receive workers’ compensation benefits, as long as the fight was not started for a purely personal reason.

What About Failing to Follow a Duty Required by Statute

A statute is a law that is passed by a governing body such as the Georgia legislature.  There are thousands of statutes in Georgia.  Some statutes define criminal acts such as battery, robbery, or speeding.  Other statutes define civil responsibilities.

Can Insurance Companies Deny Benefits For Traffic Violations Like Speeding? Sometimes, injuries at work occur in a situation where the insurance company claims that the injured employee violated a statute.  One example is automobile accidents.

Take the situation where an employee is injured in a car wreck while on the job.  If the injured worker was speeding, does that allow the insurance company to deny him or her payment of workers’ compensation benefits?

The courts in Georgia have generally found that proof of speeding is not enough on its own to prove willful misconduct and deny benefits.  Generally, the courts have required that insurance companies prove intent to violate the law instead of mere carelessness.  So, if you are injured while speeding, you will usually be able to recover workers’ compensation benefits.

What Should I Do If My Benefits Are Denied?

If the insurance company denies your case, you may have to take them to court to get your benefits.  Before doing that, it is a good idea to talk to a workers’ compensation attorney about your options.

A free consultation may be a good option for you.

Can I Appeal a Workers Compensation Denial? 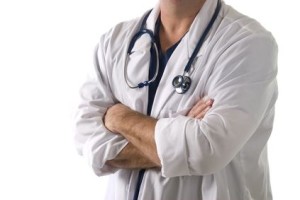 Can Workers Compensation Deny Me If I Was Negligent? 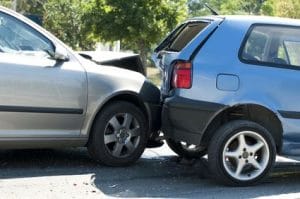