In our Georgia workers compensation law practice, one of the most tragic situations that we run across is someone dying as a result of a work-related injury.  It can be unbelievably difficult for loved ones who were dependent on the individual who passed away.

In addition to dealing with the grief of losing their loved one, they also have to worry about how they are going to survive financially.  Georgia’s workers compensation law does provide some financial help.  When a work-related death occurs, the employer’s workers compensation insurance company should pay benefits to dependents of the deceased worker.

But, who qualifies as a dependent and what benefits do dependents receive? This article will discuss the answers to those questions under Georgia’s workers compensation rules.

The initial question to answer in a case of a work-related death is what individuals were dependent on the deceased worker.  In some cases, there may be no dependents. In other cases, there are many dependents.

This presumption means that the spouse and children do not have to establish actual dependence to receive dependency benefits.  Their dependence is presumed based on their relationship with the deceased employee.

It is also important to know that “children” does not just include biological children.  For purposes of dependency benefits, “children” also includes:

Dependents other than spouse and children

It is important to understand that there is a priority among dependents under Georgia’s workers compensation law.  This priority determines which determines who will draw dependency benefits if there are multiple dependents.

There are two types of dependents or beneficiaries:

Only the spouse and children of the injured worker are primary beneficiaries.  Everyone else is a potential secondary beneficiary.

How are dependency benefits paid?

Dependency benefits are paid just like the temporary total disability benefits that an injured worker receives when they are unable to work as a result of a work injury.  This means that they are paid on a weekly basis.

Also, the amount of the dependency benefits in Georgia is determined the same way as temporary total disability.  That means it is based on two-thirds of the deceased worker’s average weekly wage.

Georgia has a cap on the maximum weekly dependency benefit.  That cap varies depending on the date of injury.

In most cases if there is a surviving spouse and surviving child or children, the entire dependency benefit is paid to the spouse to use for the benefit of the spouse and the children.  However, the Georgia State Board of Workers’ Compensation does have the power to determine that the dependency benefit should be paid differently if necessary.  This often happens when the surviving spouse is not the parent of one or more of the children who are eligible to receive benefits. How long can a surviving spouse receive dependency benefits?

O.C.G.A. 34-9-265 states that the dependency benefits of a spouse will be terminated if the spouse remarries or cohabits with someone of the opposite sex.  Apart from those situations, however, the spouse usually will continue receiving dependency benefits until he or she reaches the maximum limit allowed by law.

In the case of a spouse, dependency benefits are limited to a total amount.  In 2022, the maximum total amount a spouse could draw was $290,000.  This dollar cap usually changes whenever the temporary total disability maximum amount changes.

However, this maximum amount only applies if there were no other dependents at the time of the employee’s death.  If there were dependent children or other dependents, the spouse may be able to receive benefits until age 65 or for a period of 400 weeks, even if this amount goes over the dollar cap.

How long can a child receive dependency benefits

There are a couple of exceptions that allow children to draw benefits past 18 years of age.  The first exception allows a child to continue to receive benefits up until age 22 if the child remains enrolled full time in good standing in high school or a postsecondary institution such as college or technical schools.

Also, if the dependent child is physically or mentally incapable of earning a living, then there is no age limit.  The child can receive benefits as long as the child remains dependent.

Who can qualify as a secondary beneficiary?

Secondary beneficiaries are dependents other than the spouse or children of the deceased worker.   These dependents could include family members (such as a mother, father, grandchild, or grandparent) or friends.

When can secondary beneficiaries receive benefits?

There are two categories of secondary dependents: There is no specific time frame provided for how long totally dependent secondary beneficiaries can receive benefits.  The law only specifies that they can receive benefits “during their dependency”.  Potentially, a totally dependent secondary beneficiary could draw workers’ compensation dependency benefits for the rest of their life.

For partially dependent secondary beneficiaries, there is a more specific limit.  Benefits end at age 65 or after 400 weeks of benefits, whichever provides greater benefits.  Of course, benefits would also end sooner if the person stops being dependent.

However, it is important to know, that there are time limits known as statutes of limitations requiring that claims for dependency benefits be filed within a certain time of the work related injury or death.  It can be very important to act quickly so that you do not lose your rights. 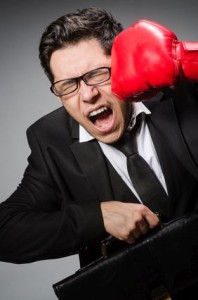 Self Inflicted Injuries and Injuries From Attempts to Injure Another 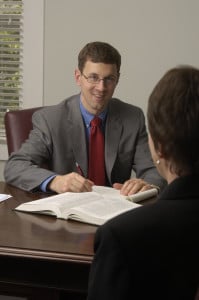