How Much Do You Know about Insurance Companies’ “Deadly Spin”?

We all know something about insurance. We are required to have insurance on cars to drive. Many of us have some form of insurance on our homes and some type of health insurance. However, most of us probably have little, if any idea, of how insurance companies work.

An interesting book I read recently is by Wendell Potter, a former executive with CIGNA Insurance Company. It’s titled Deadly Spin: An Insurance Company Insider Speaks Out On How Corporate PR Is Killing Health Care And Deceiving Americans. We all get frustrated with how our health insurers treat us and the doctors who provide our care. Mr. Potter’s book explains why these insurers do what they do and how they get away with it. Sometimes it’s shocking to hear what goes on behind the scenes. Don’t expect this book to be dry. It’s not. It’s almost like reading a mystery. You’ll be glad you read it.

As Mr. Potter states in his book, “The lack of affordable, quality coverage has meant that many Americans with medical needs are driven to financial ruin. Medical debt was a key reason for 62 percent of personal bankruptcy filings in 2007…the lack of coverage will contribute to the deaths of about 45,000 people this year [2010], or 123 people every day, according to the Harvard Medical School researchers. Yet in 2009 the five largest for-profit insurance companies waltzed through the worst economic downturn since the Great Depression to set records for combined profits. WellPoint, UnitedHealth Group,Aetna, CIGNA andHumanareported total profits of $12.2 billion in 2009, up 56 percent from the previous year. It was the best year ever for big insurance. How did they do it? Not by insuring more people. In 2009, the five companies covered 2.7 million fewer Americans in private health plans that in 2008.”

Mr. Potter explains the companies’ profits have increased, among other reasons, because they find ways to get rid of policy holders who cost them claims money, and because insurers can increase premiums almost at will. It was Mr. Potter’s job as a PR person with CIGNA to “spin” things to make it appear the insurers weren’t greedy but were instead somehow the victims and had to increase premiums or the American public would suffer.

Mr. Potter enjoyed a privileged life as a CIGNA executive. He was flown around on “…one of the two private jets CIGNA uses to fly executives around the country…With conference tables, video screens, leather seats, and deep carpet, they make first class on a commercial airliner look shabby…[A] uniformed attendant brought melunchon a gold rimmed plate and handed me gold-plated flatware with which to eat it.”

The top tier CIGNA executives did quite well for themselves. Mr. Potter describes seeing an Architectural Digest magazine that featured the home of a man Mr. Potter knew to be a retired CIGNA executive. “It described a twenty-four-room mansion…featuring ‘an impossibly French’ kitchen with a ‘white-walnut winery sorting table’ and a separate ‘grandchildren’s cottage’ of stone columns imported fromEurope. The magazine didn’t disclose the name of the [owner]…but it was common knowledge in the executive suite at CIGNA…[i]t was the company’s former chairman and CEO, Wilson Taylor, whose salary in 2000, his last year with the company, was twenty-four million dollars..”

Mr. Potter left his job after his conscience could no longer take what he saw. It began with a trip to a health fair at the fairgrounds in Wise, Virginia…”Hundreds of people, many of them soaking wet from the rain that had been falling all morning, were waiting in lines that stretched out of view…some of those linesledto barns and cinder block buildings with row after row of animal stalls, where doctors and nurses were treating patients…I could now seeclearly, those people in Wise county would not have to stand in line in the rain for hours to get care in animal stalls if so much of the money Americans spend for health care didn’t wind up in the pockets of insurance company executives and their Wall Street masters.”

It’s not often that a person puts his principles over a job where he is doing very well for himself. I am sure that it was not easy for Mr. Potter. Thankfully he did, and he allows us to see behind the “deadly spin” health insurers are so good at. If you are interested in finding out more about this book, you can read an excerpt from it here. 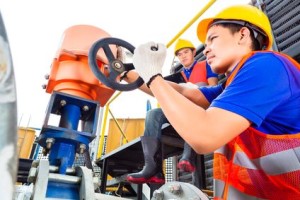 What is My Workers’ Compensation Case Worth? 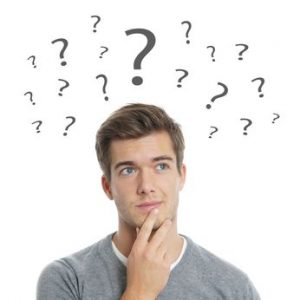 Eleven Things You Should Know About Your Georgia Workers’ Compensation Case

Will I Get Fired if I Settle My Workers Compensation Case?