Benefits of a catastrophic designation

Some types of injuries are catastrophic from the moment the injury occurs.  Other injuries can become catastrophic over time.  This article will focus specifically on one type of injury that is a catastrophic injury by law:

There are some potential dangers you should know about if you suffer an amputation injury.  Luckily, some people with amputation injuries are able to go back to work.  Often, getting a prosthesis may help in making that possible. However, there is a big danger associated with going back to work – you can lose your eligibility for future benefits if you go back to work for too long and then have to come out of work again.  Most people do not know that there is a statute of limitations that cuts off their right to future weekly income benefits if they go more than two years without getting temporary total or temporary partial disability benefits.

Does the “change in condition” statute of limitations apply to catastrophic injuries?

A 2015 Georgia Court of Appeals case showed how this law could unfairly affect a catastrophically injured worker if it was applied the same way.  In that case, Mr. Barnes’ leg was amputated below the knee, so he clearly qualified for a catastrophic designation.  Despite this severe injury, Mr. Barnes went back to work.  He worked with his employer through pain for a number of years.

When he could not work anymore, he asked the insurance company to start paying weekly benefits.  The insurance company argued that they should not have to pay him any more benefits.  They claimed that since it had been more than two years since he had received weekly income benefits so the law prevented him from getting additional benefits.  Of course, the reason that he had gone that long without weekly benefits was because he had been working even though his leg was amputated.

Originally, the Georgia Court of Appeals ruled in favor of Mr. Barnes and concluded that the O.C.G.A. 34-9-104(b) “change in condition” statute of limitations did not apply to injured workers whose injuries were designated catastrophic.  However, the case was accepted by the Georgia Supreme Court and they reversed the Georgia Court of Appeals decision on this issue.  So, injured workers with severe amputation injuries could have their entitlement to weekly benefits barred forever if they go more than two years without receiving temporary total or temporary partial disability benefits.

I hope this information has been helpful to you.  You may still have some questions that you need answered.  If so, I think the best way to do that is to get a free consultation with a workers’ compensation attorney. 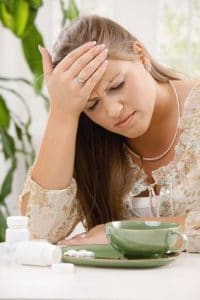 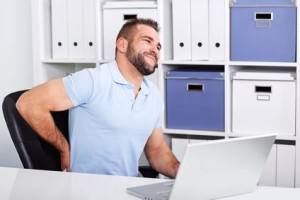 Should the Workers’ Compensation Insurance Company Be Paying Me Temporary Partial Disability Benefits?

Can I File a Workers’ Compensation Claim in Georgia?

Does the Workers Compensation Insurance Company Control My Doctor’s Appointments?